“You had me at hello”

Hello everyone!  It is February now which means that one thing in particular is approaching quickly, Valentine’s Day.  Yes, the day where people are either elated with the fact that they are spending it with their special someone, or people are jealous/sick of the happy people.  I recently read a poem called A Work of Artifice by Marge Piercy, and it is about how some men take down and constrain women through the norms of society.  It also suggests that some men do nice things expecting nice things in return, but I am here to say that love isn’t really about that.  Love isn’t about receiving, it’s about giving for the sake of that special person.

Now with it being Valentine’s Day pretty darn soon, I have decided to compile my favorite movies about romantic love, whether it be a romantic or romantic comedy.  I am the type of guy that lives and breathes action films, especially those from the 80’s.  I mean, I have my autographs of Arnold Schwarzenegger and Harrison Ford up in my room, and I don’t know how many times I have seen Rambo: First Blood.  However, I do have a soft spot for romantic comedies and romantic films.  Here is my compilation of my favorite romantic/romantic comedies that I have seen so far:

I have decided to start off with my favorite “chick flick” of all time.  No joke, I have probably seen this movie more than my girlfriend.  In fact, she gave me the DVD  to me as a part of my Christmas present because she was surprised I didn’t have it.  I love this movie.  I love this movie for a combination of things: Ryan Gosling, the story, the setting, and the dialogue from the movie.  Ryan Gosling is one of my favorite actors for movies like Drive, Gangster Squad, and this movie.  I first saw this movie because my girlfriend wanted to watch it when we first started dating around two and a half years ago.  Ever since, I have seen this film quite often because not only is it frequently on TV but because it is a top notch film.  The chemistry between Rachel McAdams and Ryan Gosling is so phenomenal and believable.  The romantic mood and tone of this movie is only supported by the landscape and scenery of North Carolina’s marshes.

For those of you who haven’t seen this movie, it is one of those movies where there is one outer storyline and within that storyline another story is being told, in this case through a notebook.  The movie is about an elderly man, Noah, who is at a retirement home and wakes up everyday to tell his wife with dementia, Allie, a story.  He tells her the story of their love but everyday she forgets who he is or who the story pertains too.  While reading the story, Noah doesn’t tell her they are the people in it and he hopes one day she will remember on her own.  Now, the story of their love begins in their teenage years where young Noah, played by Gosling, tries to ask out a young Allie, played by McAdams.  From there, the story continues on to cover their teenage love until problems arrive between the two with parents and their personal lives.  To not ruin the story, I will just say that they get reunited and the movie continues on from there.  And yes, there is the scene where they argue about writing to each other and its raining.

Jerry Maguire is the movie with the famous quote, “You had me at hello.” This movie is great and one of Tom Cruise’s best performances.  This movie has an A list of actors including Tom Cruise, Renee Zellweger, Cuba Gooding Jr, and everyone’s favorite child actor Jonathan Lipnicki (the kid from Little Vampire and Stuart Little).  One of my favorite aspects of this movie is the humor in the movie provided by Lipnicki as the cute little kid and Cuba Gooding Jr.  The plotline follows a young, ambitious sports agent named Jerry Maguire, played by Cruise, obsessed with his job who eventually realizes that his firm is doing it wrong by being obsessed with the money and not the personal care of their clients.  Thus, he sends a memo to everyone with his own mission statement for the firm and basically gets fired for trying to change things for the better.  One of his coworkers also decides to leave, and she does it because she loves the message he is trying to promote.  She is a single mother, played by Zellweger, with a child, Lipnicki, who struggles on whether she should be involved with Jerry.   Jerry on the other hand, also doesn’t know whether he should be involved intimately and work with this women as he hates being alone but realizes she is special.  The movie tracks his struggles to balance work with his lone client (Gooding Jr.), his love for her, and his own personal emotions.  The ending of this movie is quite emotional and climactic that is perfectly wraps up the whole movie. 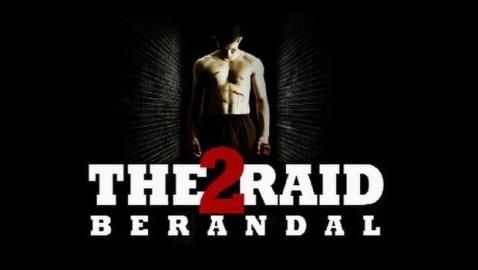 Movie Quote of the Week